Court of Appeals Sides With Taxpayers Represented by Mooney, Wright & Moore – Rooftop Solar Devices Cannot be Assessed by the Arizona Department of Revenue 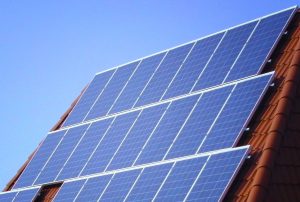 In a unanimous published opinion, the Arizona Court of Appeals ruled that rooftop solar panels cannot be assessed or taxed by the Arizona Department of Revenue (“ADOR”). Beginning in 2013, ADOR attempted to reverse years of practice by unilaterally deciding that it had the power to assess and tax rooftop solar systems owned by companies that lease and install the systems on customers’ properties. In conflict with statutory authority and established practice, ADOR argued that the panels were subject to assessment as equipment involved in the operation of an electric generation facility. Taxpayers sued for declaratory relief in the Arizona Tax Court, arguing that ADOR did not have authority to assess the rooftop solar systems because they were not part of an electric generation facility. Taxpayers also argued that the rooftop solar systems had no value for property taxation purposes pursuant to A.R.S. 42-11054(C)(2) because they were designed primarily for on-site consumption.

Taxpayers sought a quick resolution at the Tax Court, filing a motion for summary judgment on the declaratory relief action within thirty days of filing the lawsuit. Through various discovery delays, however, ADOR did not respond to the motion for summary judgment for over seven months. Ultimately, ADOR responded with a cross-motion for summary judgment, arguing that ADOR did have the authority to assess and tax the rooftop solar systems and that, alternatively, A.R.S. 42-11054(C)(2) was unconstitutional and the systems should be assessed by local counties. After completion of briefing and argument, the Tax Court issued a declaratory judgment agreeing with Taxpayers that ADOR had no authority to assess the rooftop solar systems. The Tax Court further ruled, however, that the rooftop systems were assessable locally by the counties and that A.R.S. 42-11054(C)(2) was unconstitutional. The Tax Court subsequently denied both parties’ requests for fees.